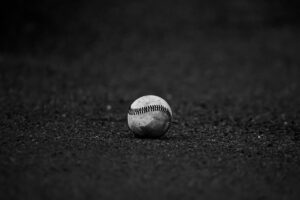 The Chicago White Sox are in the midst of a rebuilding effort, which means (at least for now) far fewer wins than losses. A recent court decision tallies another Sox defeat — this one over whether Major League Baseball’s collective bargaining agreement with the players’ union preempts a negligence claim by an injured player.

June 29, 2017 was supposed to be a day of celebration for Dustin Fowler, his family and friends. That is the day Fowler, who was drafted in 2013 by the New York Yankees, made his Major League debut for the Bronx Bombers. The Yankees were playing the White Sox at Guaranteed Rate Field on the South Side. Fowler was in right field for the visitors.

It turned out Fowler’s debut would also end his season. In the first inning, Fowler ran into the wall near the right field line while attempting to catch a ball. Unfortunately his knee hit an unpadded metal electrical box, resulting in a serious injury that required season-ending surgery. (After his injury, Fowler was traded to the Oakland Athletics and is having a fine 2018 season.)

Fowler sued the White Sox and the Illinois Sports Facilities Authority (which owns the ballpark) in the Circuit Court of Cook County alleging that the Sox were negligent. He claims the Sox negligently installed the box in a position where it was undetectable and posed an unreasonable risk to players. The elements of negligence under Illinois law are the existence of a duty of care, a breach of that duty, and an injury proximately caused by that breach. More specifically, here the White Sox allegedly owed Fowler, an invitee, a duty of reasonable care to maintain its premises in a reasonably safe condition.

The Sox threw Fowler a curve by removing his case to federal court on the ground that his claim was preempted by Section 301 of the federal Labor Management Relations Act, which provides that federal (not state) law governs suits for violations of contracts between an employer and a labor union. The White Sox argued that Fowler’s claims required an interpretation of the collective bargaining agreement (CBA) between Major League Clubs and the Major League Players Association (the “Basic Agreement”).

In particular, Article XIII of the Basic Agreement establishes a joint Safety and Health Advisory Committee, comprised of an equal number of players and club representatives. According to the Sox, by establishing this committee and empowering it to plan for and maintain safe working conditions for the players, the CBA lessened the scope of the White Sox’s duty to ensure the safety of its facilities since the Sox can rely on the joint committee’s guidance on safety issues.

Fowler asked the federal court to send the case back to state court, claiming that the White Sox’s reading of Article XIII was as erroneous as a booted routine grounder. The federal judge agreed and threw the Sox a brushback.

The court noted that Article XIII enables the joint safety committee only to make non-binding recommendations to clubs and players. Moreover, the players’ union is not required to raise a safety issue with the committee before filing a formal grievance under the CBA. Thus the ball clubs did not give up any control over their premises, and in fact did not even grant the joint safety committed a supervisory role.

Further, no club reasonably could conclude that the joint safety committee would be able to identify all safety risks in each MLB ballpark, or to believe (as the Sox seemed to imply) that as long as the committee raised no objections, the club could assume that nothing in its premises posed an unreasonable safety risk to players.

For these reasons, the court ruled that the White Sox’s interpretation of Article XIII was not plausible and the Basic Agreement does not affect the Sox’ duty of care to Fowler. So Fowler’s negligence claims are not preempted, and they will be remanded for the state court to call balls and strikes. Fowler v. Illinois Sports Facilities Authority and Chicago White Sox, Ltd., No. 18-cv-964 (N.D. Ill. June 29, 2018).

This case involved an unusual situation of one employer (the White Sox) owing a duty of care to an employee (Fowler) of a different employer (the Yankees). The Sox failed to advance their preemption claim past first base because the joint safety committee created by the CBA did not relieve the Sox of the basic duty of care to invitees. While the negligence claims here related to the safety of MLB players, all Illinois employers should understand that they may be subject to claims such as negligent hiring, negligent retention, and negligent supervision if the employer turns a blind eye to dangerous workplace conditions. You can put that on the board, yes! 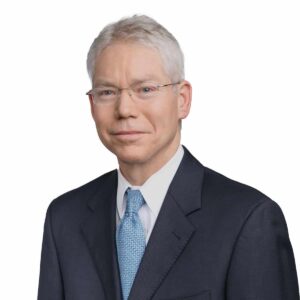