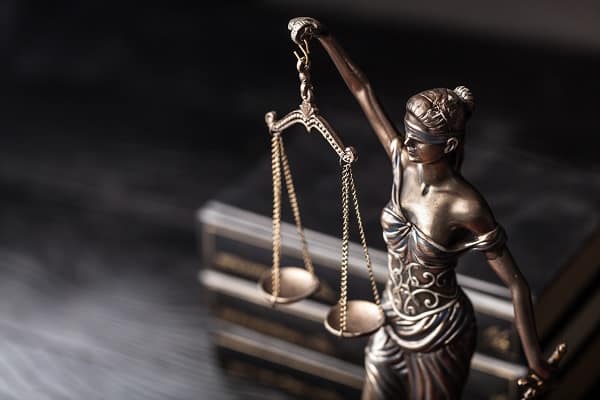 Over the years, courts dealing with employment discrimination suits against churches, synagogues, and other religious organizations have carved out an exemption that bars claims by “ministerial” employees challenging the employer’s hiring and firing decisions. The rationale behind the doctrine is grounded in the two religious prongs of the First Amendment to the U.S. Constitution: The Free Exercise Clause protects a religious group’s right to shape its own faith and mission through its appointments, and the Establishment Clause prohibits government involvement in such ecclesiastical decisions. But does this exemption from suit apply to hostile work environment discrimination claims, when there’s no challenge to the organization’s hiring and firing decisions? A divided panel of the U.S. 7th Circuit Court of Appeals (whose rulings apply to all Illinois employers) recently provided some guidance that is music to employees’ ears.

Sandor Demkovich was hired in 2012 as the music director at St. Andrew the Apostle Parish, a Catholic church in Calumet City. He is gay and, after same sex marriage became legal, he married his long-time partner. He was also overweight and suffered from diabetes and metabolic syndrome.

Demkovich’s boss at St. Andrew was Reverend Jack Dada. According to Demkovich, Dada subjected him to a hostile work environment based on his sexual orientation and his disabilities. He says Dada increased the frequency and hostility after Dada learned that he intended to marry his partner. After the marriage ceremony, Dada demanded his resignation because the marriage violated Catholic teachings. He refused, and Dada then fired him.

Ultimately, Demkovich filed suit against St. Andrew and the Archdiocese of Chicago, asserting hostile environment claims under both Title VII of the Civil Rights Act of 1964 and the Americans with Disabilities Act (ADA). The district judge dismissed some but not all of his claims based on the ministerial exemption. The lower court certified an immediate appeal to the 7th Circuit, however, to answer the legal question whether, under Title VII and the ADA, the ministerial exemption bans all claims for hostile work environment, even if the claim doesn’t challenge a tangible employment action such as hiring and firing.

The 7th Circuit observed that the purpose of the ministerial exemption is to “ensure that the authority to select and control who will minister to the faithful—a matter ‘strictly ecclesiastical’—is the church’s alone.” Notably, the exemption doesn’t protect religious organizations from claims by nonministerial employees (such as bus drivers or custodians for a religious school). Here, however, there was no dispute that Demkovich, as music director, was a “ministerial employee.” The question was whether extending the ministerial exemption to hostile environment claims is necessary under the First Amendment.

With regard to the Free Exercise Clause, the ministerial exception ensures that religious organizations are able to “select and control” their ministers without government interference (such as employment discrimination statutes). According to the two-judge majority, that purpose can be accomplished by applying the ministerial exception to all tangible employment decisions (hiring, firing, promoting, transferring, compensation, etc.). Giving religious employers freedom from discrimination suits in these areas, said the court, gives them “ample tools to both select and control their ministerial employees.”

But hostile environment claims are of a different character, noted the 7th Circuit. Such claims concern the behavior of individual coworkers and/or supervisors that is generally treated as outside the scope of employment. Under hostile work environment jurisprudence, such behavior may be attributable to the employer in the case of employer negligence (when the employer knew or should have known of the harassment) or some direct abuse of power over tangible employment actions (e.g., when a supervisor requires submission to his behavior as the price of employment).

Protecting religious employers from all hostile environment claims goes too far, said the majority. The First Amendment doesn’t require that supervisors and coworkers of ministerial employees have the right to engage in verbal or other abuse that subjects ministerial employees to offensive, intimidating harassment based on race, gender, disability, or another protected category. Such harassment isn’t constitutionally necessary to “control” ministerial workers.

Turning to the Establishment Clause, the court reached a similar conclusion. While the majority acknowledged that civil litigation against a religious entity can be intrusive, that doesn’t justify a categorical rule against all hostile work environment claims by ministerial employees. Indeed, courts for years have needed to decide questions of property, contract, tax, torts (wrongful acts), and other cases involving churches and other religious entities. Such cases are allowed if courts avoid issues of faith and “stick to applying neutral, secular principles of law.”

The dissenting judge argued that allowing hostile work environment claims against religious employers would “unavoidably and excessively entangle the courts in religious matters at the core of the protected ministerial relationship.” For support, the dissent said a 2003 decision from the 7th Circuit already had held that the ministerial exception barred all employment discrimination claims. The two-judge majority disagreed. So now Demkovich will have the chance to prove his hostile environment claims in the district court. Demkovich v. St. Andrew the Apostle Parish, No. 19-2142 (7th Cir., Aug. 31, 2020).

This article contains material of general interest and should not be construed as legal advice or a legal opinion on any specific facts or circumstances.  Under applicable rules of professional conduct, this content may be regarded as attorney advertising.

This article was written by Steven L. Brenneman, who is the Chair of the Employment Law Group at Fox Swibel and editor of the Illinois Employment Law Letter.