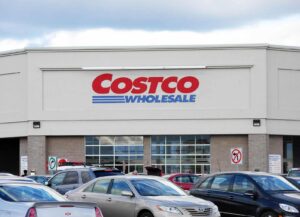 Leave it to Costco to ensure even its litigation comes in bulk. Readers may recall that our March 2016 issue featured an article on an employer’s potential obligation to address nonemployee behavior to ensure an unruly customer or vendor isn’t creating a hostile work environment (see “Costco learns customer may not always be right,” Vol. 26, No. 8). In the February 2017 newsletter, readers learned that the Equal Employment Opportunity Commission (EEOC) and Costco went to trial in that case, and a jury awarded the former employee $250,000 in damages (see “Jury calls on Costco to account for customer’s conduct,” Vol. 27. No. 2). The employer appealed the jury’s decision, arguing that the customer’s conduct had not created a hostile work environment. Here’s why the appellate court recently sent Costco packing its recycled boxes.

Dawn Suppo started working for Costco Wholesale Corp. in 2009 and eventually took a position as a front-end assistant at the company’s location in Glenview, Illinois. In May or June 2010, she had her first interaction with a customer named Thad Thompson. According to Suppo, Thompson told her he had seen her before, stated he did not know she worked at that Costco, and joked that Suppo was stalking him by being in the store at the same time. Suppo claimed that Thompson continued to harass her with unwelcome touches and advances and continuous stalking. She claimed he touched her at least twice without her permission and tried to hug her on other occasions.

Suppo eventually obtained a protection order against Thompson from the Circuit Court of Cook County. She also claimed she reported the customer’s harassment to Costco’s management but that the employer failed to take reasonable steps to prevent the misconduct.

Suppo filed a discrimination charge with the EEOC, which spurred the agency to file a federal lawsuit against Costco on her behalf. The lawsuit claimed Costco subjected the employee to a hostile work environment permeated with discriminatory intimidation, ridicule, or insult that altered the conditions of her employment.

The EEOC’s hostile work environment claim was allowed to go to a jury trial. To prevail, the agency needed to show that Suppo was subjected to conditions that were either severe or pervasive and that were both objectively and subjectively offensive. Additionally, the agency needed to establish a basis to make Costco liable for the actions of Thompson, a customer. The employer could be held liable for the customer’s actions if it was negligent in either discovering or remedying the harassment. However, if it could show that it took prompt and appropriate corrective action reasonably likely to prevent the customer’s harassment from occurring, then it would not be liable.

The issues were put in front of an eight-person jury sitting in the federal court in Chicago. At trial, Suppo argued that Thompson’s conduct was severe and pervasive. She also argued that Costco knew about the customer’s actions but failed to take appropriate steps to correct the harassment and prevent it from reoccurring. The employer disputed Suppo’s claim that Thompson’s actions were severe or pervasive and disputed that the company had failed to act on her alleged complaints.

After a seven-day trial, the jury issued a verdict in favor of the EEOC (and Suppo). The jurors believed that Thompson had harassed her and further credited Suppo’s claims that Costco failed to take reasonable steps to protect her. The employer appealed to the U.S. 7th Circuit Court of Appeals (whose decisions apply to all Illinois employers).

Second bite at the organic apple

On appeal, Costco abandoned its argument that it had failed to act on Suppo’s alleged complaints, conceding there was a basis for holding the employer liable for the customer’s actions. Instead, Costco argued that Suppo wasn’t subjected to conditions that were either severe or pervasive enough to create a hostile work environment. To show that Thompson’s actions were severe or pervasive, the EEOC (and Suppo) needed to show that she was subjected to conditions that were both objectively and subjectively offensive.

Costco focused its argument on the objective prong. The employer conceded that Suppo subjectively perceived Thompson’s conduct to be severe or pervasive but argued that no reasonable person would have experienced it that way. To be objectively severe or pervasive, the customer’s conduct needed to be extreme, taking into account all of the circumstances, including the conduct’s frequency and severity, whether it was physically threatening or humiliating, and whether it unreasonably interfered with the employee’s work performance.

Past the expiration date

Costco argued that Thompson’s comments were tepid because he was only trying to solicit biographical information, he complimented Suppo only on her appearance, and his requests for dates were not too lewd. The employer also argued that the occasions on which he touched her on the wrist and cheek, bumped her with a shopping cart, and attempted to hug her were mild.

The 7th Circuit said Costco’s argument was inconsistent with the court’s other decisions. The employer was arguing that the harassment had to be overtly sexual to be actionable (or pursuable in court) under Title VII of the Civil Rights Act of 1964. Yet, to support a hostile environment claim, while harassment must occur because of someone’s sex, it need not consist of pressure for sex, intimate touching, or a barrage of deeply offensive sexual comments. Instead, actionable discrimination can take other forms such as demeaning, ostracizing, or even terrorizing the victim because of her sex.

Looking at all of the circumstances in the case, the court concluded that a reasonable jury could find that Thompson’s conduct was objectively intimidating or frightening. The evidence showed that his talking and touching took place in the context of his stalking, and he hounded Suppo for more than a year despite intervention by management and the police and a court order preventing him from contacting her. Judgment affirmed. EEOC v. Costco Wholesale Corp., Nos. 17-2432 & 17-2454 (7th Cir., Sept. 10, 2018).

By now, employers should be able to answer the question, “Am I really obligated to police not only employee behavior but also customer behavior?” For any doubters, this case provides 250,000 valuable reminders that the answer to that question is “yes.” Employers in the goods and service industries must delicately navigate problems between their employees and customers on a daily basis. Employers have a right to be concerned about losing customers or upsetting clients. Unruly customers can create exposure under Title VII, however, if their behavior creates a hostile work environment for an employee and the issues aren’t promptly and effectively addressed. 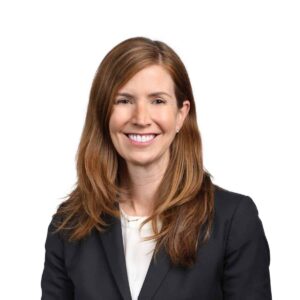 This article was written by Kelly Smith Haley who is the a partner in the Employment Law Group at Fox Swibel, and an editor of the Illinois Employment Law Letter.

She can be reached at [email protected].